Are You Living Like a Sand Flea? How Our Beliefs Limit Us 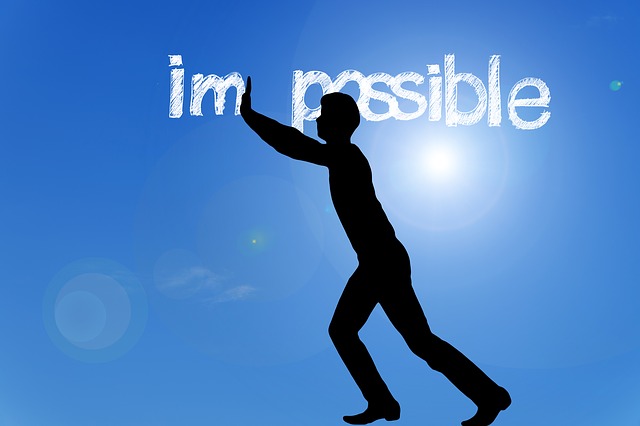 At a recent seminar, I learned about an experiment that really got me thinking about how our beliefs can limit us.

In the sand flea experiment (video below), scientists placed a large number of sand fleas in a glass jar. The sand fleas quickly jumped out. The scientists then put the fleas back into the jar and placed a lid over the top for a few days. Naturally, as the fleas jumped, they hit the lid and quickly learned the confines of the jar.

After just a few days, the fleas became so conditioned to the presence of the lid that they began jumping slightly below it, so as not to ever reach the lid. Let’s say, for example, that the jar was 8.5” tall. The fleas in the jar learned to only jump 8” high so they would no longer hit the lid. That makes sense, right?

But here’s where it gets good…

The scientist then removed the lid, and guess what happened?  The fleas continued to limit themselves to jumping just below the height of the lid, even after the lid was removed…and even after they were removed from the jar and set free!

Never again did these sand fleas jump higher than the height that the jar conditioned them to, even when their circumstances changed and they had complete freedom!

But that’s not where the story ends…

Eventually these sand fleas reproduced. Their offspring never attempted to jump more than the height of their parents’ past jar, despite that they were born with all the freedom to do as they wish from the start!

This tiny experiment really got me thinking about our conditioned beliefs. I began to ask myself: in what ways am I living like a sand flea?

When I shared all this with Roy, he told me the story of the first man who broke the 4-minute mile barrier. Since 1886, runners all over the world had been attempting to run a mile in less than 4-minutes and no one could do it. So many runners had tried for decades, that it had become widely accepted that doing so was humanly impossible. That is, until Roger Bannister did it in 1954 (video below).

Once people witnessed Bannister achieving this goal, their belief instantly changed. Running a mile in less than 4-minutes could actually be done!

Then, just over a month later, another runner did it. And within a year, 3 more runners did it. And by today, thousands of runners have broken the 4-minute barrier.

Many people have studied this phenomenon questioning if there was some evolution in human genetics that accounted for this new ability. The answer was no. It was determined to be the result of a change in mindset.

After Bannister broke the 4-minute barrier, the mental mindset that held runners back was shattered, and they started to believe they could do something that was previously accepted as impossible.

Is it possible that our own mind (mindset) is one of the strongest influences that will ever be present in our life?

If this is so, would you choose to live like a sand flea…or be the person who breaks through the barrier?