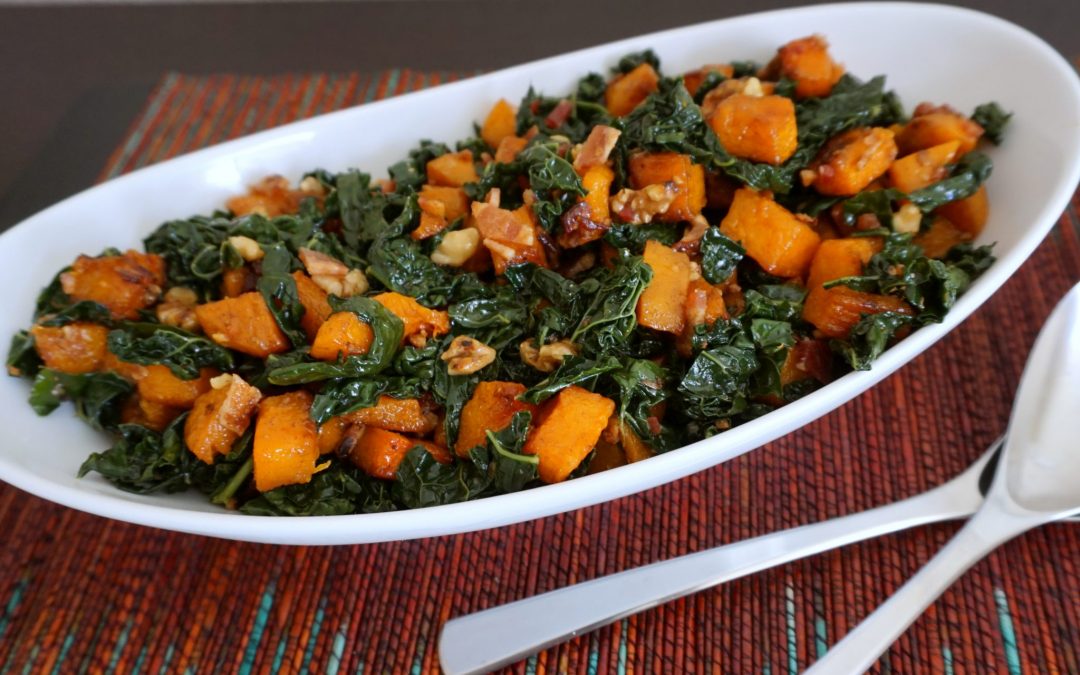 We created this recipe in November for our Thanksgiving dinner. I find that when you dress kale with a touch of sweetness, even the most picky eaters will gobble it up (pun intended 🙂 ). The roasted squash and honey gives this dish its sweetness….and admittedly, adding a little crisped, salty bacon doesn’t hurt either. YUM!