Change….and The Story of the Pot Roast! 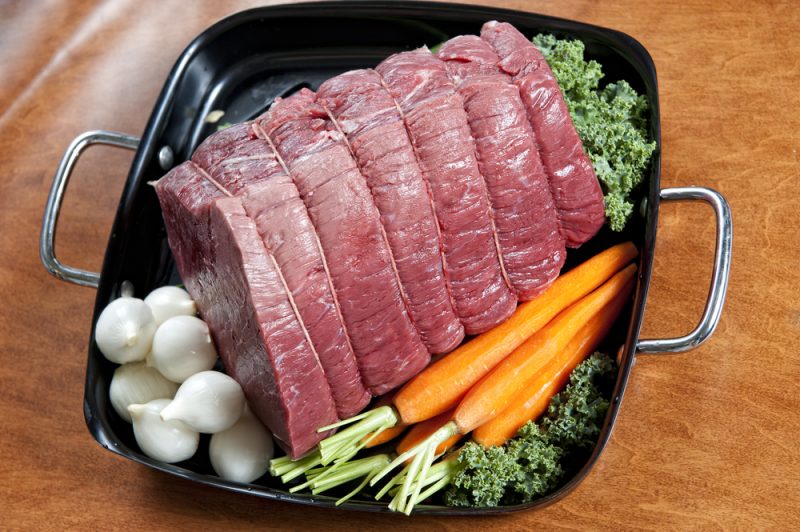 As each year draws to a close, it’s natural for many of us to take inventory of the past year and start thinking about the changes we hope to make in the year to come.

As I recently thought about what it takes to make changes, I remembered a story I heard a long time ago: The Story of the Pot Roast.

A young woman was hosting a dinner party for her friends and served a delicious pot roast.  One of her friends enjoyed it so much that she asked for the recipe, and the young woman wrote it down for her.

Upon looking over the recipe, her friend inquired, “Why do you cut both ends off the roast before it is prepared and put in the pan?” The young woman replied, “I don’t know. I cut the ends off because I learned this recipe from my mom and that was the way she had always done it.”

Her friend’s question got the young woman thinking and so the next day she called her mom to ask her: “Mom, when we make the pot roast, why do we cut off and discard the ends before we set it in the pan and season it?” Her mom quickly replied, “That is how your grandma always did it and I learned the recipe from her.”

Now the young woman was really curious, so she called her elderly grandma and asked her the same question: “Grandma, I often make the pot roast recipe that I learned from mom and she learned from you. Why do you cut the ends off the roast before you prepare it?” The grandmother thought for a while, since it had been years since she made the roast herself, and then replied, “I cut them off because the roast was always bigger than the pan I had back then. I had to cut the ends off to make it fit.”

I love this story because I think this is true for so many of the things we do. We have been doing them for so long that we rarely stop and question the rationality behind them.

As this story demonstrates, for any change to take place, the first step is to gain awareness of what we are doing. Until we gain awareness, we cannot begin to question the relevance of the thought, behavior, or action that we are taking….Can we?

You can ask yourself the following questions:

Maybe you do them because someone told you to do them that way. Or maybe you do them simply because it’s been so long that you can’t remember not doing them. Where did these actions and thoughts originate….and more importantly, are they still accurate and the best choices for you now?

For example, maybe you start every day with caffeine or end every day with wine. I often see clients who simply do this out of long-time habit but when they actually evaluate their need/desire for that behavior, they discover that they feel far more energetic, relaxed, or healthier today by making a different choice. Or maybe you witnessed your parents worrying about money and you too worry about money, despite the fact that your bank account and spending habits actually do not warrant that concern.

Maybe in the past you always got sick in the winters, or feared speaking in public, or had a hard time eating sweets in moderation. And now every time one of those situations arise, you tell yourself what has happened in the past …..rather than evaluating if it is actually still true in the present. Maybe it is, and the awareness can then help initiate improvement. But maybe it’s simply not true any longer!

I am personally working on not referring to myself as a perfectionist anymore! Yes, I can still set high standards for myself, but the truth is, I have also let go of a lot of those standards and I am continuously working on a kinder and gentler way of relating to myself.

I often hear statements from my clients such as: “I have no self-control” or “I never accomplish anything you tell me to do” or “I can’t stick with any healthy eating plan for long” (the list goes on:)) The interesting part is that oftentimes the statements they are making are not even accurate with what they are doing!

For example, a recent client listed three accomplishments, and then remembered the one task she didn’t get to, and the story she told me (and herself!) became: “I never get anything done”.

Answering these question and, thus, bringing awareness to our current thoughts and behaviors can help us to live more in the present, as well as to guide us to make the changes we hope to see in the future.