Does the Technology that Connects Us Also Control Us? 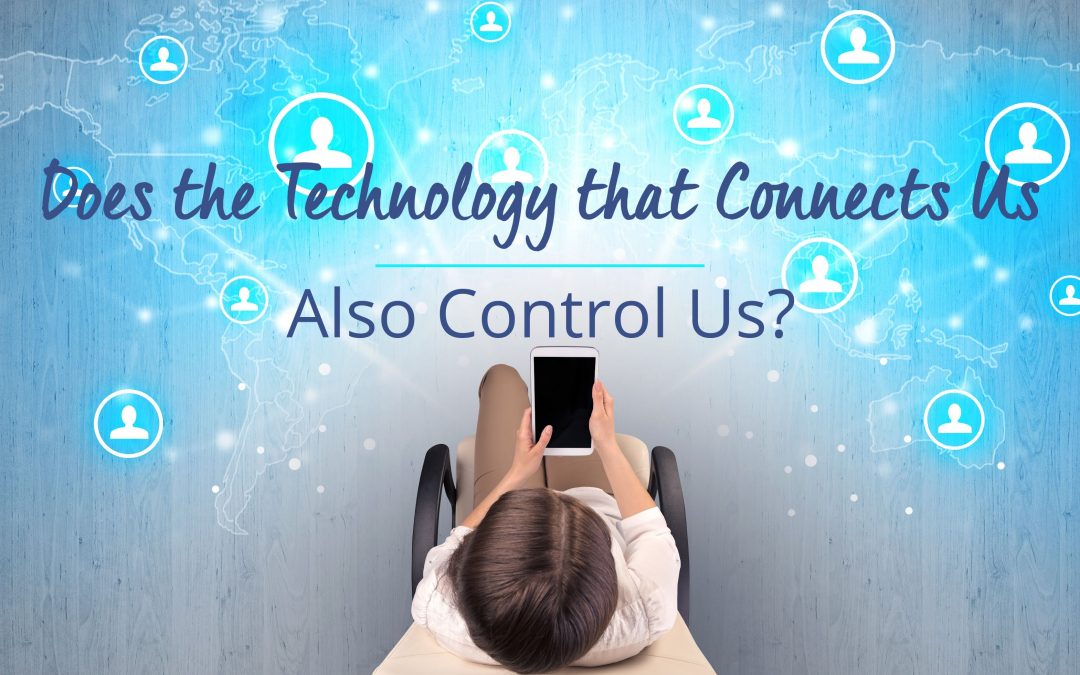 Just last week Frances Haugen, a former data scientist at Facebook, testified before a Senate subcommittee. She argued that Facebook consistently chooses to maximize its growth rather than implement safeguards on its platforms.

Haugen is not the first ex-employee who has raised these concerns.

In the excellent movie, The Social Dilemma, several former employees of these top social networking companies spoke out. The same people who helped develop many of the social networking sites we use today (Google, Twitter, Facebook, Instagram, Pinterest) came forward to sound an alarm on their own creations.

We titled this post after the movie’s powerful tagline: the technology that connects us also controls us.

Some have called The Social Dilemma “the most important documentary of our time,” and we personally believe that every adult, parent and (age-appropriate) child should view it.

According to Tristan Harris, a former Google executive featured in the movie: “If something is a tool, it genuinely is just sitting there, waiting patiently. If something is not a tool, it’s demanding things from you. It’s seducing you, it’s manipulating you, it wants things from you… Social media isn’t a tool waiting to be used. It has its own goals, and it has its own means of pursuing them by using your psychology against you.”

As rates of anxiety, depression, addiction and suicide continue to skyrocket, this is not something we can ignore any longer.

It has become abundantly clear to us that:

Did you know that there are only two industries that call their customers “users”? The illegal drug and the software industry.

This means that if we choose to be “users” of this technology, it is up to us to understand how to interact with it safely.

We have been talking about this topic for years in our blog posts, with our clients, and in our group programs.

We want to share some of these resources again and give you the tools to explore your personal relationship with technology—as well as encourage you to look thoughtfully at your children’s relationship with social media and digital devices.

We Recommend the Following Posts

Whose Thoughts Are You Thinking?

In this post, Debbie explores her personal relationship with social media sites and digital devices. You will be asked questions so that you, too, can contemplate your relationship to this technology.

Talking With Your Kids About Digital Media & Electronic Devices

Our goal in writing this post is to share the topics and talking points that we brought to our own family discussion, and to encourage you to start a dialogue with your own children.

Do You Need a Digital Detox?

This post helps you plan for a “digital detox”: a period of time when you refrain from using devices such as smartphones, televisions, computers, tablets, and/or social media sites. We also discuss ways to interweave tech-free hours into your daily life and start to create a better tech-life balance.