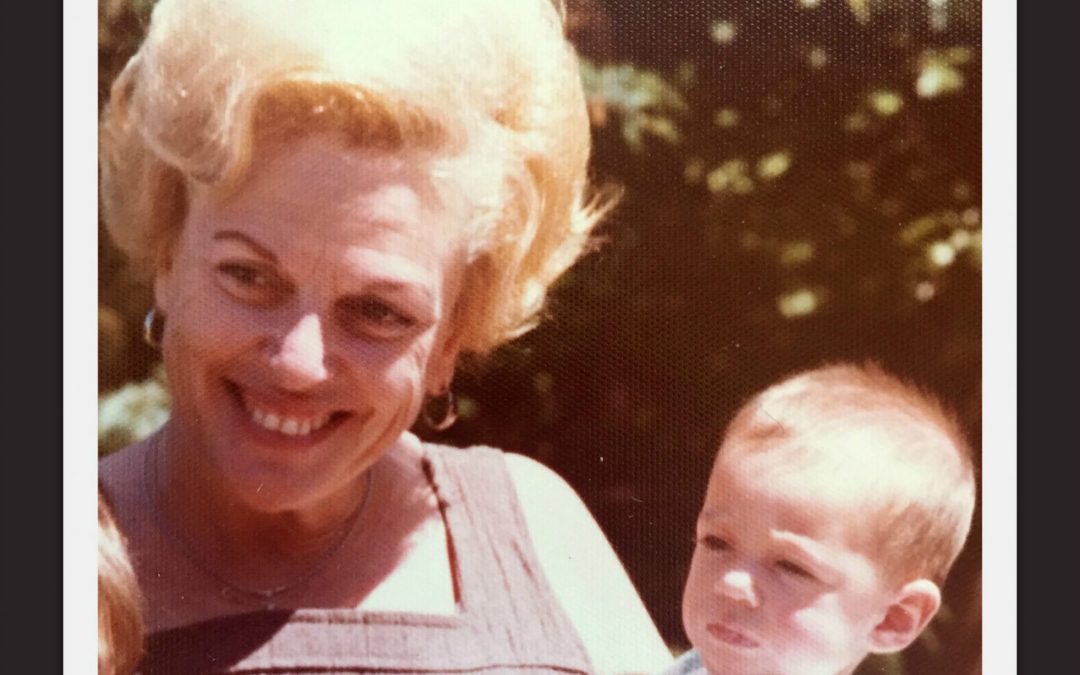 This Mother’s Day I want to take a unique opportunity and share the story of a few of the women in my family who walked the road before me and whose footsteps I feel honored to have followed: my grandmother and my great-grandmother. 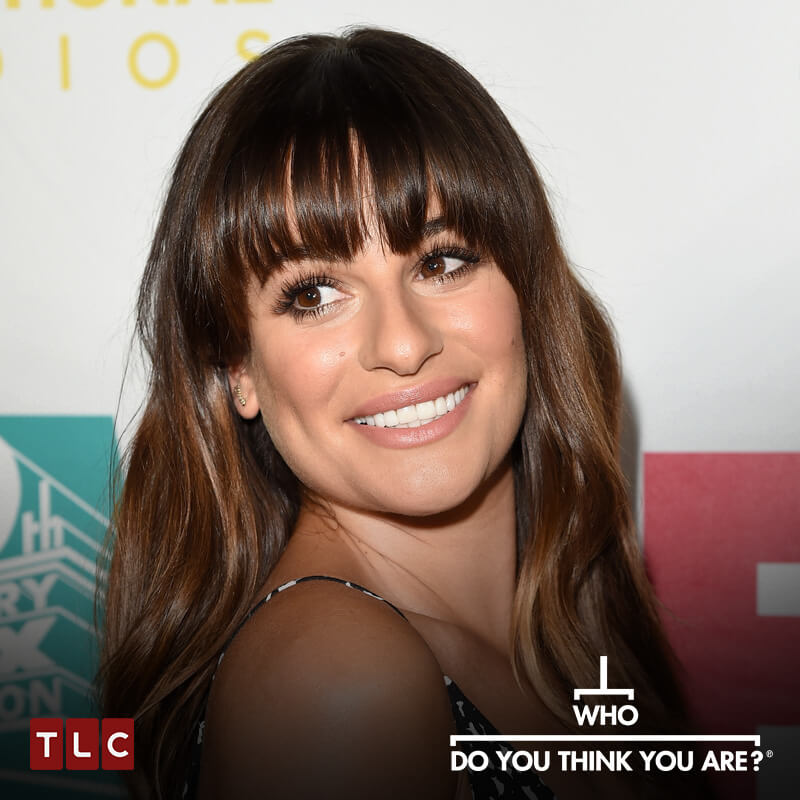 I was recently able to learn more about my ancestors because my cousin, Lea Michele, was selected to be on the TLC show Who Do You Think You Are? In each episode, the show takes a celebrity on a journey to trace back through his or her family tree.

Lea and I are first cousins (our fathers are brothers) and so by tracing back Lea’s paternal grandmother’s history, they were tracing back MY grandmother —or Nana, as we called her. What an incredible gift for our family!

I remember being told as a child that my father’s side of the family were Sephardic Jews from Spain and Greece.  I knew my Nana’s birth name was Celia, but everyone called her “Sylvia.” I also knew that Nana’s parents, my great-grandparents, were Morris and Bessie. I never knew much more than that.

Apparently, there was a whole lot more to our history, which I am now sharing as a tribute to them and their amazing story of strength and courage.

Through Lea’s journey on the show, I learned that my great grandmother, Bessie (Benouta was her birth name), became a widow while living in Salonica, Greece after the Jews were forced out of Spain. I also learned that it was customary for the brother of the deceased man to marry his widow. So, according to Jewish tradition, my great-grandfather Morris, who had already immigrated to America, was obligated to marry my great-grandmother Benouta after his brother’s death!

Benouta boarded a boat and traveled from Greece to Ellis Island, NY in 1918 to marry Morris and for the chance at a better life.  However, due to the Immigration Act passed by Congress in 1917, my great-grandmother stood trial on Ellis Island and was sentenced to be deported back to Greece simply because she couldn’t read or write.

The U.S. Government had passed this immigration act to prevent the illiterate from becoming a financial burden on the U.S. government.  Illiterate immigrants, like my great-grandmother, who were sentenced to be deported back to their native country often had to wait—essentially imprisoned—until the government was able to send them home.

My great-grandmother spent about one and a half years awaiting her deportation—first on Ellis Island and then in Gloucester City, NJ (when the navy occupied Ellis Island during the first World War).  While in NJ, Benouta was not considered a U.S. citizen, but was allowed to live more freely “on parole” until the war was over and she would have to turn herself back in for immediate deportation back to Greece.

During Benouta’s time in “limbo” —she had been denied U.S. citizenship but was still awaiting deportation back to Greece—my great-grandfather Morris petitioned the U.S. Government on Benouta’s behalf. The actual letter he wrote to the government is read by my cousin Lea in this emotional 2 ½ minute clip.

I have sobbed again and again thinking about my great-grandfather’s devotion to his wife-to-be. Although by Jewish tradition he was apparently obligated to marry her after his brother died, he seemed to genuinely care for her well-being and her future.

What a gift to not only learn about the story of my great-grandparents union, but to see the actual letter—as it was typed on his typewriter, written in his own words, with his very signature at the bottom.  A glimpse of my great-grandparents back in 1919! The tone of his letter was one of care, devotion, intelligence, and hard work— as he made an honest plea to the “human heart.”

At the end of the war, Benouta was to be deported back to Greece, but when the government was finally ready for her, she had a surprise for them—she and Morris had already gotten married! Once married to a U.S. Citizen, the government chose to no longer deport her.

Lea refers to our great-grandparents as “bad-ass” and I couldn’t agree more. I have personally always felt capable of making the things that I wanted to happen, happen. I feel pride in knowing that some of my own strength and perseverance was passed down to me through our family tree.

My great-grandparents marriage marked the beginning of our lives in America.

The sad truth of our history is that if my great-grandmother had actually been sent back to Greece, she would most likely have endured the same fate as her mother and the entire rest of her family in WWII—the death camps at Auschwitz.

Being Jewish, I knew the Holocaust was a part of my history. But, to truly comprehend that if my great-grandmother hadn’t found a way to stay in America, and if her life was taken in the Holocaust along with the rest of her family, I would never have been alive myself.

What can I even say to that besides “thank you.”

This look into one short line of my family tree has made my family interested in learning more about our ancestors.  I never got to know my great-grandmother Benouta but I am honored to have been given a glimpse into a short but pivotal part of her life.

My great-grandmother boarded a boat at 28-years old, already a widow, and without the ability to read or write—leaving her culture and family behind in search of a better opportunity and life for herself. I am humbled by the fact that her decisions and her courage are a part of the reason why I am even alive and have been afforded all the opportunities I have always had. 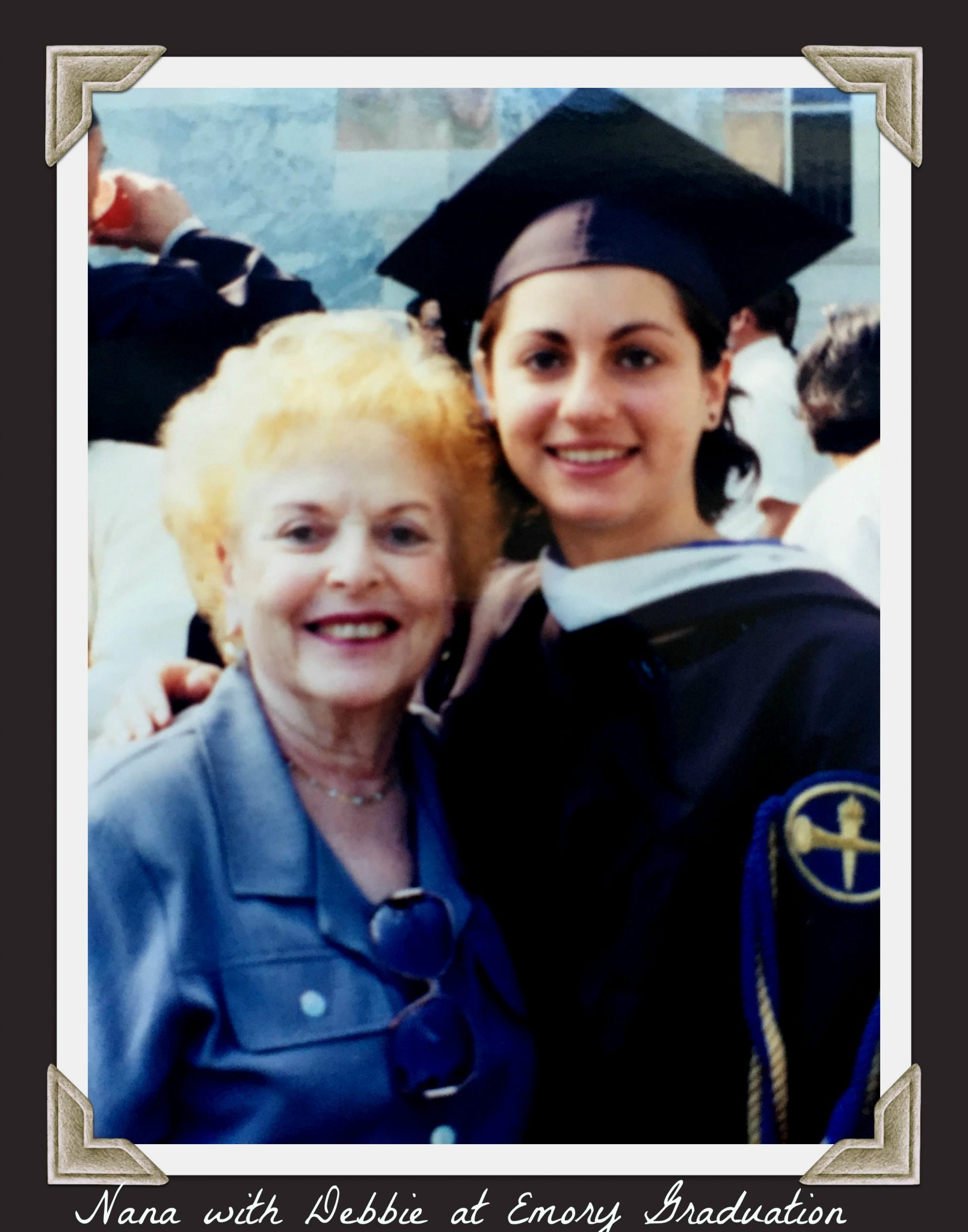 I was very close with my Nana, who died 7 years ago. She is probably the only adult in my life who I was taller than (but barely!) and I always took pride in being told that I am “tiny but tough” like her. She was fiery and feisty and those are qualities I value in myself—and that I see in my own daughter in spades! 🙂

While my great-grandmother and grandmother may have passed, I still have so many strong women in my family—my mother, mother-in-law, sister, sister-in-law, step-sisters, aunts, cousins, and even my young nieces and daughters.

I love them all and I am grateful for the strength we pass on to one another.

Click here if you’d like to watch the full episode of Who Do You Think You Are with Lea Michele (season 7, episode 6).