Is Your Body Speaking to You in Metaphor? 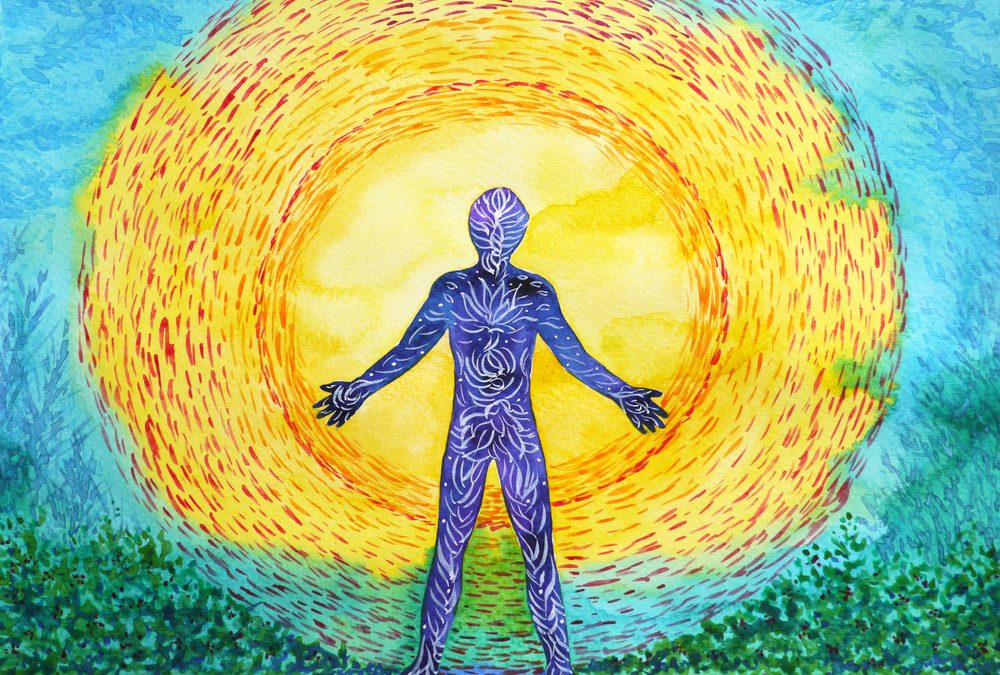 About 15-years ago, a good friend of mine was having a difficult time with his parents. My friend’s inability to address a very unhealthy and longstanding dynamic with his parents began to affect his relationship with his girlfriend and she suggested that he see a therapist.

After talking for a while, the therapist asked my friend about any health problems that he was experiencing. My friend told the therapist that he really didn’t have any health problems—except for a persistent pain along his side. My friend explained that he had gone for chiropractic, massage, and even for some imaging to determine the problem. No one ever found anything wrong but the pain along his side still troubled him.

The skilled therapist gently said to my friend, “Don’t you see that the pain is exactly what you are doing: You push everything to the side. You are continually shoving your feelings about your parents aside instead of dealing directly with any of them”.

My friend’s jaw nearly hit the floor, recognizing how symbolic and true the therapist’s statement was.

This was my first introduction to the ways in which the body speaks in metaphor. Since then, in my own life and in my nutrition practice, I listen to the language that people use to describe their health challenges.

Through the symptoms we experience—and sometimes even the specific words we use to describe our symptoms—our body may be trying to communicate a message.

This message is often a doorway to the areas in our life that we need to take a look at, a key to unlocking the ways that we can assist our bodies in healing.

Not long ago, I had a client who had persistent foot pain that made doing anything, including walking, very difficult for her. Medical doctors gave her no answers. We explored the dietary factors that create inflammation and that also provided very little relief for her. Then one session, she told me that at 70 years old she felt like her life was at a “standstill”. She shared her “reluctance to move forward” with anything big in her life.

Another client found a lump in her chest (not her breast). An acupuncturist was able to give her some treatments and herbs that helped the lump go away temporarily, but it returned. One day this client expressed that she felt very unheard by her husband and that it “felt like a heavy weight on her chest” that she carried around. As she said this, she touched her chest and her fingers encountered the lump and she knew in her heart that she was onto something.

I see many clients dealing with IBS (Irritable Bowel Syndrome) and when I ask them about their life, there is often something they are feeling “unsettled”, “uneasy” or “stressed” about. Their gastrointestinal problems are, at least in part, a manifestation of those feelings. Just like their life, their digestive function is unsettled, uneasy, stressed, uncoordinated, and unpredictable.

Recently, I had to re-establish boundaries with someone in my life who was repeatedly violating them. The situation caused me great distress over the last several months, my digestion worsened, and I tested myself for SIBO (Small Intestinal Bacterial Overgrowth) and came back positive. SIBO is when an abnormally large number of bacteria are detected in the small bowel. The small bowel should be relatively low in bacteria, unlike the large bowel (colon) which contains abundant bacteria.

While vacationing in Sedona, I went to a practitioner who specializes in Chi Nei Tsang (gentle abdominal and internal organ massage). After spending an hour working solely on my abdomen, he told me that the only thing that he detected that was not working correctly was my Ileocecal Valve. The Ileocecal Valve is essentially the “gate keeper” between the small bowel and large bowel and mine, he said, was stuck open. An open IC valve allows bacteria from the large bowel to backwash into the small bowel, where it does not belong. His question to me: “Have you been struggling with boundary issues with anyone?”

Absolutely stunned, I shared with him a bit of what had been going on and he told me that establishing healthy boundaries with this individual (which I have now done) was one way I needed to treat my SIBO.

For one of my friends, it took emergency surgery to enable her to express her true feelings. After her appendix ruptured, she read about Appendicitis in Louise Hay’s book Heal Your Body. When she read that the emotional cause is “fear of life”, she knew immediately what that meant for her. She and her husband were casually trying to get pregnant, even though my friend knew she did not want to conceive. She believed that her appendix bursting forced her to ultimately admit her truth—that she did not want another child.

Recently I saw a client who was struggling with incessant hunger. I have worked with this woman for many years—she is about 115 pounds, has a very healthy relationship with food, and eats an excellent diet.  She later emailed me that after working with her food for a few months, she realized that perhaps she was actually “spiritually hungry because she does not feel inspired by her work”. She went on to say that her work is not her calling, she misses feeling like she has one, and her spirit feels “hungry” for her time to feel meaningful and fulfilling.  She is currently “chewing” on this realization 🙂

Now I’d love to hear from you…