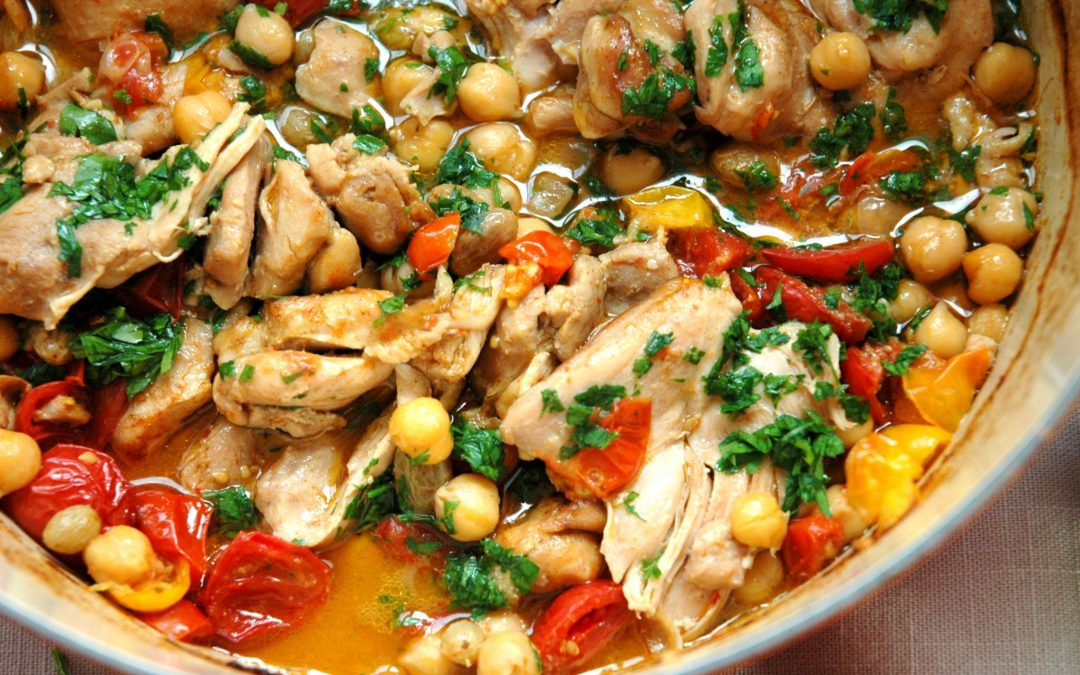 I adapted this recipe from one that I found in Parents Magazine last winter. I loved the simplicity of the cumin, cinnamon and red wine vinegar…yet the depth of flavor the dish has when they are combined.

I have tried this dish in both the crock pot and in the oven (cooked in my Le Creuset Dutch Oven) and the oven version is far superior. The meat browns and the sauce thickens slightly, adding to the dish greatly. I also cook it at a low temperature so the chicken is so tender that it falls apart.

This dish is good year-round but best when tomatoes are in peak season. 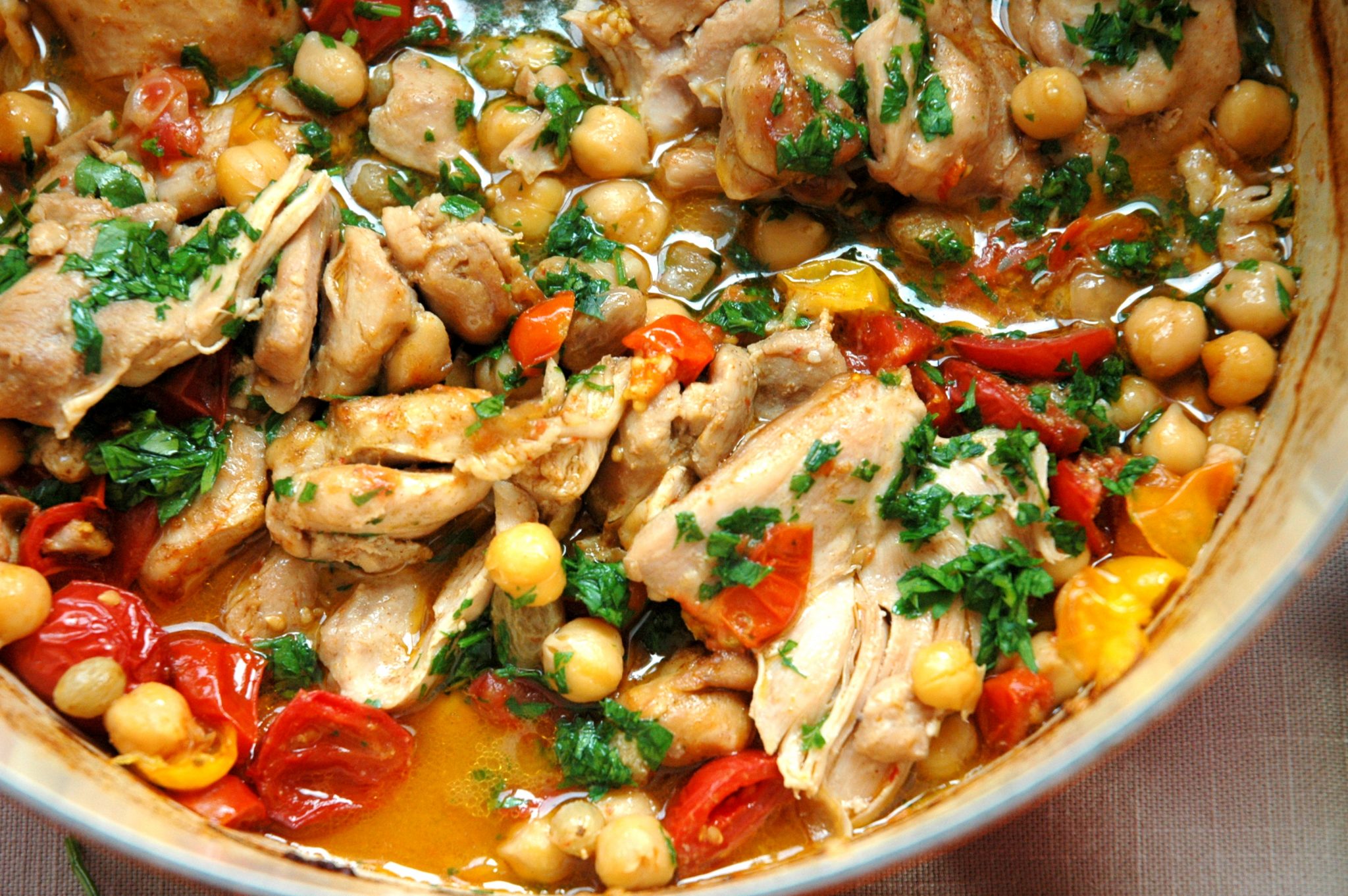