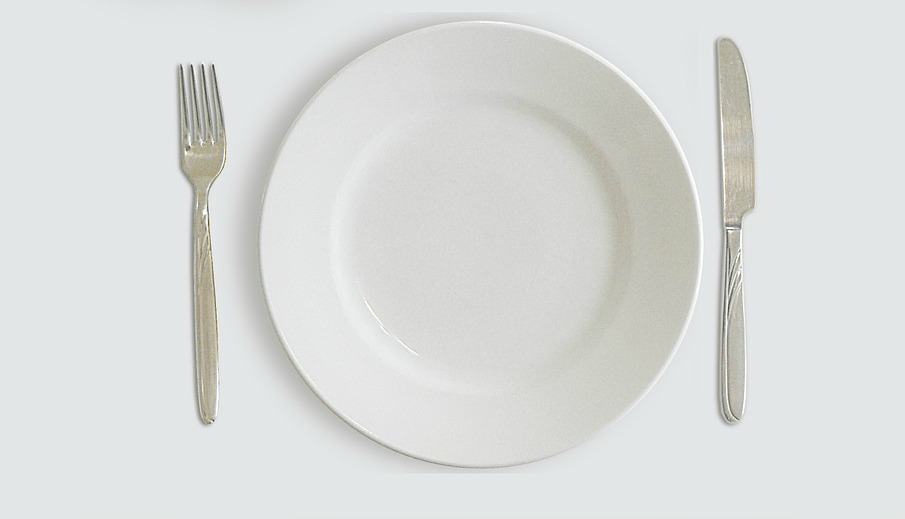 This summer Roy and I embarked on something totally new—even for us! We decided to forgo ALL FOOD for two-weeks and experiment with a very well-researched, incredibly safe and effective treatment for a variety of health concerns. During the two-weeks, we would get 100% of our caloric requirements met with a simple shake that we would drink five times throughout each day. No solid food for two-weeks. No chewing for two-weeks. Seventy “meals” in a row consisting of the same sweet yellow shake.

And how did we feel?  The benefits we both derived from it were fantastic!

What is an Elemental Diet?

Let’s start with the definition of elemental. The Merriam-Webster Dictionary defines elemental as “basic or essential”, “simple” and “uncomplicated”.

An Elemental Diet is essentially just that. It is a medical shake consisting of the simplest form of protein, carbohydrate and fat. The powdered nutrients are considered “pre-digested” and are delivered in an easily absorbed and hypoallergenic form. Elemental Formulas contain all of the nutrients that humans require, broken down into their simplest components (amino acids, simple sugars, fats, vitamins & minerals) so that they are absorbed rapidly and require minimal digestive effort.

What Does an Elemental Diet Treat?

The Elemental Diet has been used for decades to provide “bowel rest” and healing for people with Inflammatory Bowel Disease (Crohn’s & Colitis), pancreatitis, and other digestive disorders. More recently, the Elemental Diet has been studied as an effective treatment for Small Intestinal Bacterial Overgrowth, abbreviated as SIBO. (I go into more details and studies below.)

Additionally, Elemental Diets are being experimented with for other health conditions such as multiple food intolerances, Eosinophilic Esophagitis, Cystic Fibrosis, and Rheumatoid Arthritis.

Last spring when I discovered that I personally had SIBO, I dove headfirst into learning everything I could about the use of Elemental Diets. Quite honestly, I was blown away by what I discovered! I got so excited about piloting this treatment out on myself and, of course, I shared everything that I was learning with Roy. 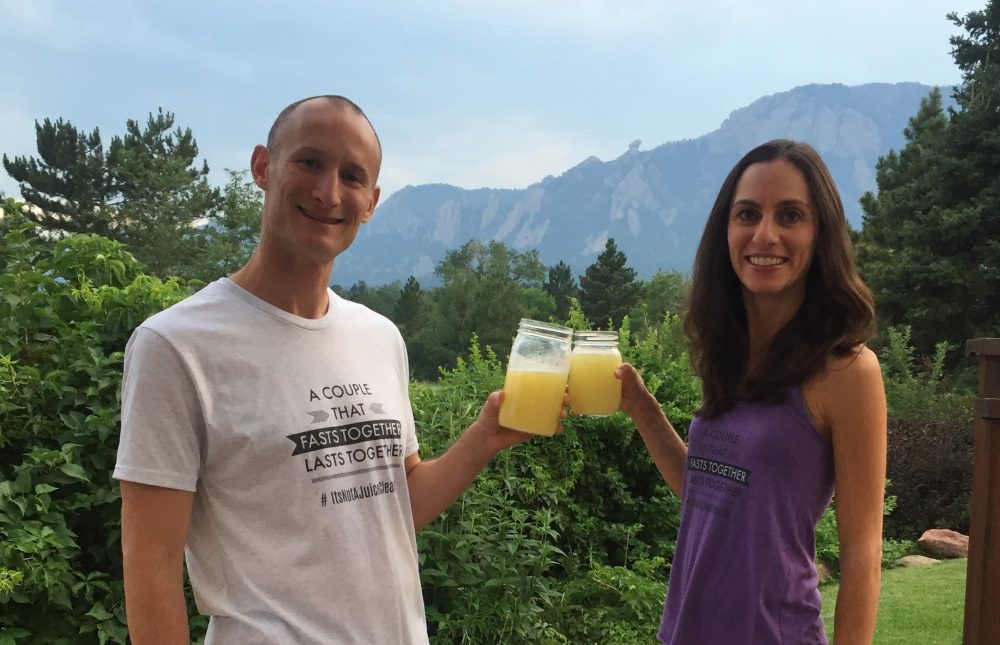 Although Roy did not have SIBO, he was intrigued by the research and decided to embark on this journey alongside me. (I started joking with Roy saying, “You know what they say: a couple that fasts together, lasts together” and so I made us shirts that said just that to kick off our 2-weeks. 🙂 )

Digestion takes a lot of our body’s energy and resources. By giving the body a break from digestion, you free up your resources to be used for healing and repair, which is why this treatment is so effective for many of the conditions mentioned. The Elemental Diet allows you to harness these benefits of bowel rest for prolonged periods (2-4 weeks) if necessary while still feeding and nourishing the person.

How Did We Feel?

From a food perspective, the two-weeks were significantly easier than either of us anticipated. Neither of us minded the taste of the shakes (we actually enjoyed them for what they are) and we welcomed the break from thinking about what to eat—and all the shopping, cooking, and cleaning up that we normally do! Even cooking for our kids and smelling food in our home didn’t bother us.

We viewed these two-weeks as a healing time. Just like the simple shakes we were drinking, we used this time to simplify—to slow down a bit and allow our schedules to be less complicated.

Roy had a very easy time and felt great throughout the entire Elemental Diet—and credits it for why he now feels the best that he’s felt in quite a while.

For me, there were a few days on the Elemental Diet that were challenging, which is to be expected when it is used to treat SIBO (although some people do feel good the whole time). Because the nutrients from the shakes are absorbed rapidly and high up in the small intestine, after a few days the bacteria begin to “starve” without having any food source. This is precisely what I wanted to happen—to kill the unwanted bacteria without needing to take any antibiotics or herbs. I knew to plan for this and in reality, it was only two or three days. And it worked—my bacterial overgrowth was cleared by this dietary treatment alone!

Additionally, there are things that you encounter on an Elemental Diet that are totally normal and to be expected. For example, your hunger and energy are not bad—they are just different. It’s just about knowing what to expect and how to troubleshoot those challenges should they arise. For this reason, it is important to be guided through an Elemental Diet with an experienced practitioner.

Who Should Consider an Elemental Diet?

As mentioned above, Elemental Diets have been used for a very long time for Inflammatory Bowel conditions such as Crohn’s Disease and Ulcerative Colitis. My friend and colleague Jini Patel Thompson used an Elemental Diet for 6-weeks to heal her widespread Crohn’s and it was through her work that I learned about this treatment almost 20 years ago.

Elemental Diet treatment can last from 3-4 days (short bowel rest if a flare is just beginning) up to 2-4 weeks (longer bowel rest to allow the gut to really heal) for these conditions. The idea with a full elemental diet is to give your intestines a break and provide them the time and space to heal.

Some studies have shown the Elemental Diet to be as effective as anti-inflammatory drugs used in IBD (such as prednisone or Cortef), but without the side effects that those drugs carry.

Studies have even shown benefits for IBD that do not require the use of a full Elemental Diet. A half elemental diet (where you eat half of your calories from easily digested, well-tolerated whole foods and then drink the other half of your calories by consuming elemental shakes) allows the digestive system to have a large portion of the day in “bowel rest”, where the calories are provided in a way that requires minimal digestive effort (elemental shakes).

I use half elemental diets regularly with my IBD clients. Recently I have seen fecal calprotectin (a stool test for colonic inflammation) normalize when a client with Ulcerative Colitis employed a half elemental diet for a few months. Just today I had another client who has Celiac and Crohn’s Disease tell me that his SED rate (a blood test for inflammation) was reduced by almost half in just a few weeks!

The Elemental Diet has gotten a lot of attention in recent years thanks to Dr Allison Siebecker and Dr Steven Sandberg-Lewis. The Elemental Diet has been studied as an effective treatment for Small Intestinal Bacterial Overgrowth (SIBO), which is believed to be behind 84% of cases of IBS. Treatment ranges from 2 to 3 weeks and is 80 – 85% effective in eradicating bacterial overgrowth—which is considered a VERY effective treatment—and far surpasses antibiotic success rates. The idea here is that certain bacteria may be killed by herbs, certain bacteria may be killed by antibiotics but in theory ALL bacteria would respond to starvation (dying off from 2-weeks without ingesting solid food!).

I have found this treatment to be highly successful for SIBO! I recently had one client with the most stubborn SIBO (and very high hydrogen gas levels) that did not respond to two rounds of herbs and one round of the antibiotic of choice (Rifaximin). After I led him through a 2-week elemental diet, his SIBO was eradicated entirely!

One study showed that an Elemental Diet repaired intestinal damage and reduced inflammation in Celiac Disease patients who did not fully respond to a gluten-free diet. It is hypothesized that this additional healing is due to the Elemental Diet also treating an underlying case of SIBO, or that the Elemental Diet provided time and rest for the intestines to heal.

The Elemental Diet is being used with people who have multiple food intolerances and conditions such as Eosinophilic Esophagitis for healing and symptom relief.

Elemental diets have not been studied as a weight management treatment. But many practitioners observe clinically that people who are overweight (and have gut problems that prompt the use of an Elemental Diet) tend to lose weight. Conversely, people who are underweight and need to gain weight may put on additional weight, as the elemental diet allows their intestines to heal. This has been demonstrated in various gastrointestinal disorders and Cystic Fibrosis.

I was so pleased that I did not lose any weight on a 2-week Elemental Diet, while Roy lost the 5 lbs that he was hoping to. In addition, I have used elemental shakes in my practice for many years as a supplemental source of calories with clients who are underweight from various conditions.

Who Should Not Consider an Elemental Diet?

In general, it is not advisable to use an Elemental Diet as a treatment with someone who had a co-existing eating disorder.

In addition, the higher sugar content of traditional elemental shakes can be troublesome for those with Diabetes or an existing fungal overgrowth. However, newer versions of elemental shakes (such as the one we used personally and use in our practice) have about 1/10th of the sugar that older versions contained, and so this may no longer be an issue.

Although the Elemental Diet is something I had known about for nearly two decades, I had never tried this treatment personally until this year. I am grateful for the current research and clinical reports that are indicating a multitude of potential benefits from this simple and safe treatment.

I have always been interested in treatments that demonstrate the greatest amount of benefit with the least risk of harm—and in my opinion, this is certainly one!

With that said, there are no magic bullets in health and healing. An Elemental Diet can be an amazing tool, but our long-term health and well-being is certainly more about the choices that we make every single day with our diets and lifestyle.

Update Since this Blog Originally Posted:

Since this blog posted yesterday, I have gotten several inquiries from people. I am glad there is an interest in this treatment—that was the goal of my writing!

However, it seems that I need to be a bit more clear that although a full Elemental Diet sounds very simple (“hey, I just need to drink X shake for X weeks”, right?) there are challenges that arise for almost all people throughout the process. They are generally easily overcome if one knows to expect them and how to address them. But they do exist.

In addition the elemental shakes are your sole source of nourishment, and it is therefore advisable to have someone guide you through your calorie calculations and oversee your treatment throughout the weeks.

There is also a process of weaning back onto solid food (when to eat, what to eat, supplements for some, laboratory testing for some) that will allow your system to re-adjust properly and allow for treatment to be most effective.

As practitioners, our goal is to make sure that people use this treatment appropriately and that your experience and outcome is the best it can be.

Lastly, we have found that the success rate for people is significantly higher when they are supported in this treatment. Of the clients I have guided, 100% have completed an Elemental Diet successfully. We have had clients attempt it on their own and either struggle or fail unnecessarily.

Please reach out to me directly (debbie@mindfulnutrition.com or 303.938.1468) if you would like to set up an appointment and discuss if doing an Elemental Diet is appropriate for you.

We hope for you to have the best success you can with this treatment!