Debbie Steinbock (formerly Debbie Sarfati) opened her private practice as Whole Nourishment in New York City in January of 2000. Her small practice started inside her tiny Greenwich Village apartment, where she would both counsel clients and teach cooking classes. In fact, every resident in her small brownstone building attended! Debbie moved her practice to Boulder, CO in August of 2001 where it has grown for almost 20 years!

Roy Steinbock opened Mindful Pediatrics in Boulder, CO in 2006. For the prior 7 years, he had been working for “traditional” Western pediatric practices—seeing 20 to 40 patients per day, often times for 5 to 10 minutes per visit. Dr. Roy knew that he couldn’t incorporate his additional skills in nutrition, lifestyle, and natural medicine in that type of setting. He had a vision of creating something more individualized and with the highest quality of care. After attending his first 10-day Vipassana meditation retreat, mindfulness was also becoming a larger part of his personal life. As a result of all this, Dr. Roy opened the doors of Mindful Pediatrics—a practice where he could combine evidence based Western Medicine with a holistic and mindful approach. 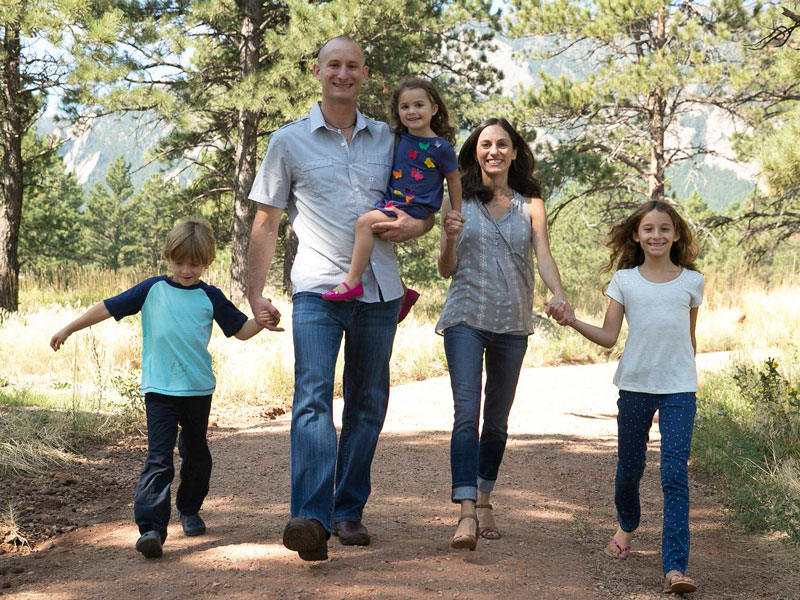 Debbie and Roy were introduced to each other at a talk they both attended on kids and food allergies in 2007 (thanks Robyn O’Brien!). For a few years, they would hear nice things about each other’s practices from families who were working with them both. Since he envisioned his practice, Dr. Roy had always wanted to have an in-house nutritionist to support the families he worked with and actually invited Debbie twice (but was shot down twice!) to join him.

On New Year’s Eve 2008-09 Debbie and Roy found themselves at the same restaurant in Denver. Only knowing each other professionally before, after “re-meeting” they finally really got to know each other. In fact, know each other so well that they were married later that same year!

Although they worked together with many of the same families, their businesses and offices remained separate. Debbie temporarily closed her practice before the birth of their daughter in September of 2010. What was intended to be a short maternity leave turned into a longer leave due to health challenges that emerged after their daughter’s birth.

This very challenging time actually unified and solidified their vision for their personal and professional lives. For both Debbie and Roy, it became an invitation to re-create with intention what they truly wanted—something that sincerely reflected who they were as individuals and as a team.

Debbie says that her first health journey with Crohn’s Disease lead her to study nutrition but that her second journey with Hashimoto’s is what led her to mindfulness. She re-opened her practice and changed its name from Whole Nourishment to Mindful Nutrition in 2014.

Currently Mindful Pediatrics and Mindful Nutrition are located together in a small but busy office in Boulder, CO. Debbie and Roy have created a supportive environment that honors each individual and family. They get to know the people that they work with on a deep level and feel honored to say that they truly love what they do.

You have Successfully Subscribed!