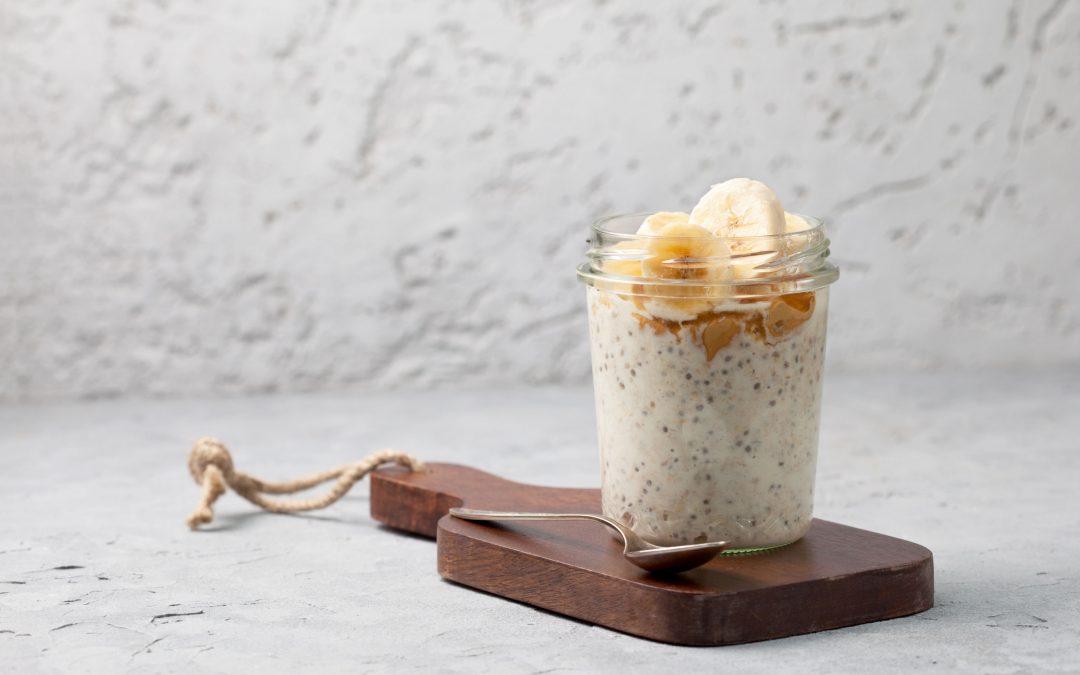 Cha-cha-cha-chia….who else remembers this commercial?

What are chia seeds?

Chia seeds are tiny seeds from the plant Salvia hispanica, which is related to mint. Chia seeds were a staple for the Aztecs and Mayans. In fact, “chia” is the ancient Mayan word for “strength.”

Chia seeds are rich in:

People often ask if chia seeds should be eaten ground, instead of whole, to get the most nutritional benefit. The surface of chia seeds is delicate and easily breaks apart with moisture, therefore, they are absorbed and digested well in their whole form, unlike flax seeds.

This easy chia pudding is a perfect example of just that! Simply stir in the chia seeds and watch them enlarge and soak up the moisture, making them soft and easy to digest.