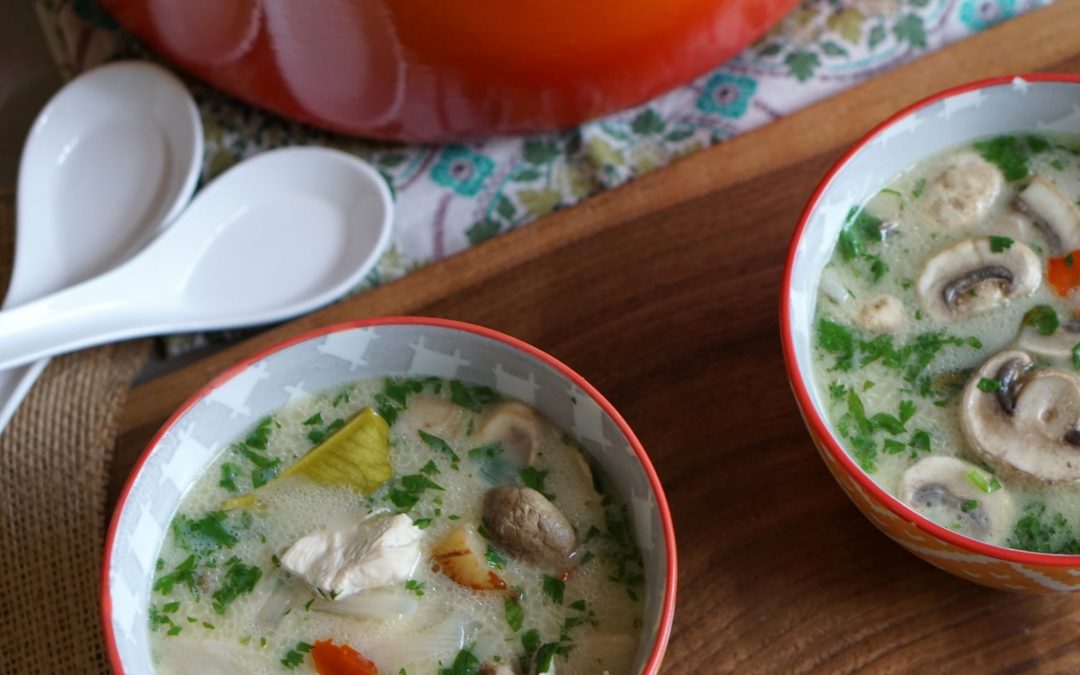 I first fell in love with Tom Kha Gai, or Thai Coconut Soup, when I was in college but it wasn’t until Roy and I started visiting San Diego that I was reunited with it again. A few years ago we were thrilled to find a Thai restaurant where they are very knowledgeable about gluten and dairy free diets. In fact, we ate there every night when we were in San Diego last month! You might call us creatures of habit 🙂

Boulder had some very cold, grey, and snowy Springtime weather last weekend and it was the perfect opportunity to head into the kitchen and make some soup! We had never made a Tom Kha Gai ourselves but after studying a few Thai websites and cookbooks, we perfected our own version of this simple and flavorful soup.

Despite how easy this soup is to make, note that you will need to make a trip to an Asian Foods Market to find one or two of the ingredients. Galangal, also known as Thai ginger, is an essential ingredient in this soup that gives it much of its distinctive flavor.  You can buy galangal in a larger quantity than you will need for one batch of soup, slice it thinly, and freeze what remains for future batches. (Yes, you will make this soup again!)

As for the Thai chili, also known as Bird’s eye chili, you can purchase them fresh or dried at the Asian Market. I do not personally enjoy spicy food, so we use only one single dried chili (de-seeded) per batch of soup. Another alternative would be to use a touch of Thai Chili paste, which can be purchased at most health food stores these days.

Kaffir lime leaves,  lemongrass, and fish sauce have become so widely used that you can purchase them at most Whole Foods these days. I have also purchased the kaffir lime leaves in big batches at the Asian Market and frozen them for future use as well.

If the unfamiliar ingredients intimidate you slightly, then start by making my Thai Chicken Coconut Soup recipe, which is one of the most popular recipes amongst our clients and cleansers! Once you get hooked on that soup, you may just be inspired to make the Tom Kha Gai. We hope you enjoy it as much as we do! 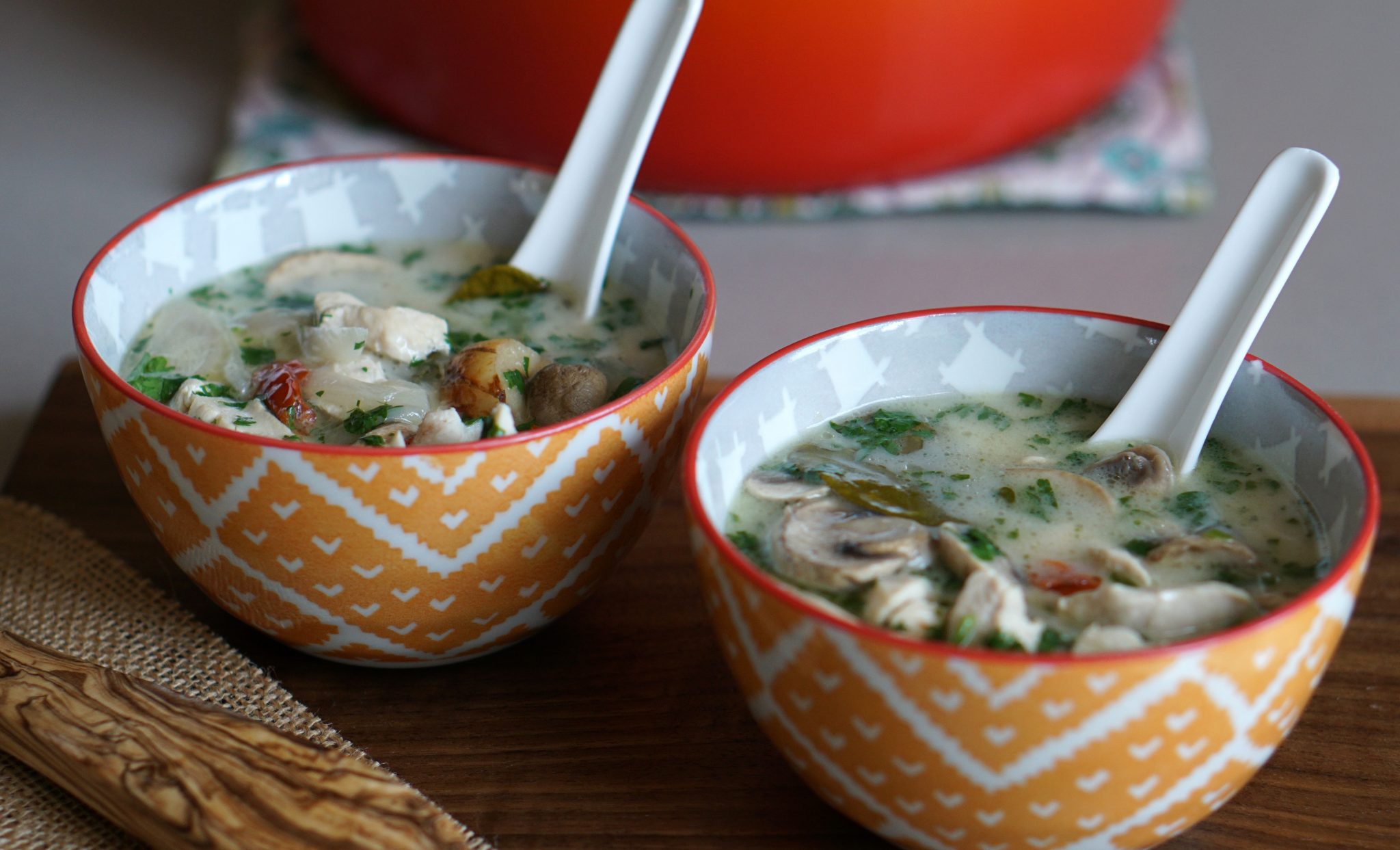 Method:
1. In a large stock pot, add the coconut milk, chicken stock, galangal, and lemongrass and simmer at medium heat (do not allow it to boil) for approximately 10 minutes, stirring occasionally.

2. Add the sliced chicken, shallots, mushrooms, chili, and kaffir lime leaves and continue to simmer for 10 more minutes, until the chicken and mushrooms are fully cooked.

3. Turn off the heat and add in the fish sauce, palm sugar, lime juice and cilantro before serving.

Note: it is best to leave everything in the soup so the flavor continues to intensify, but the galangal, lemongrass, chilies, and kaffir lime leaves are generally not consumed.